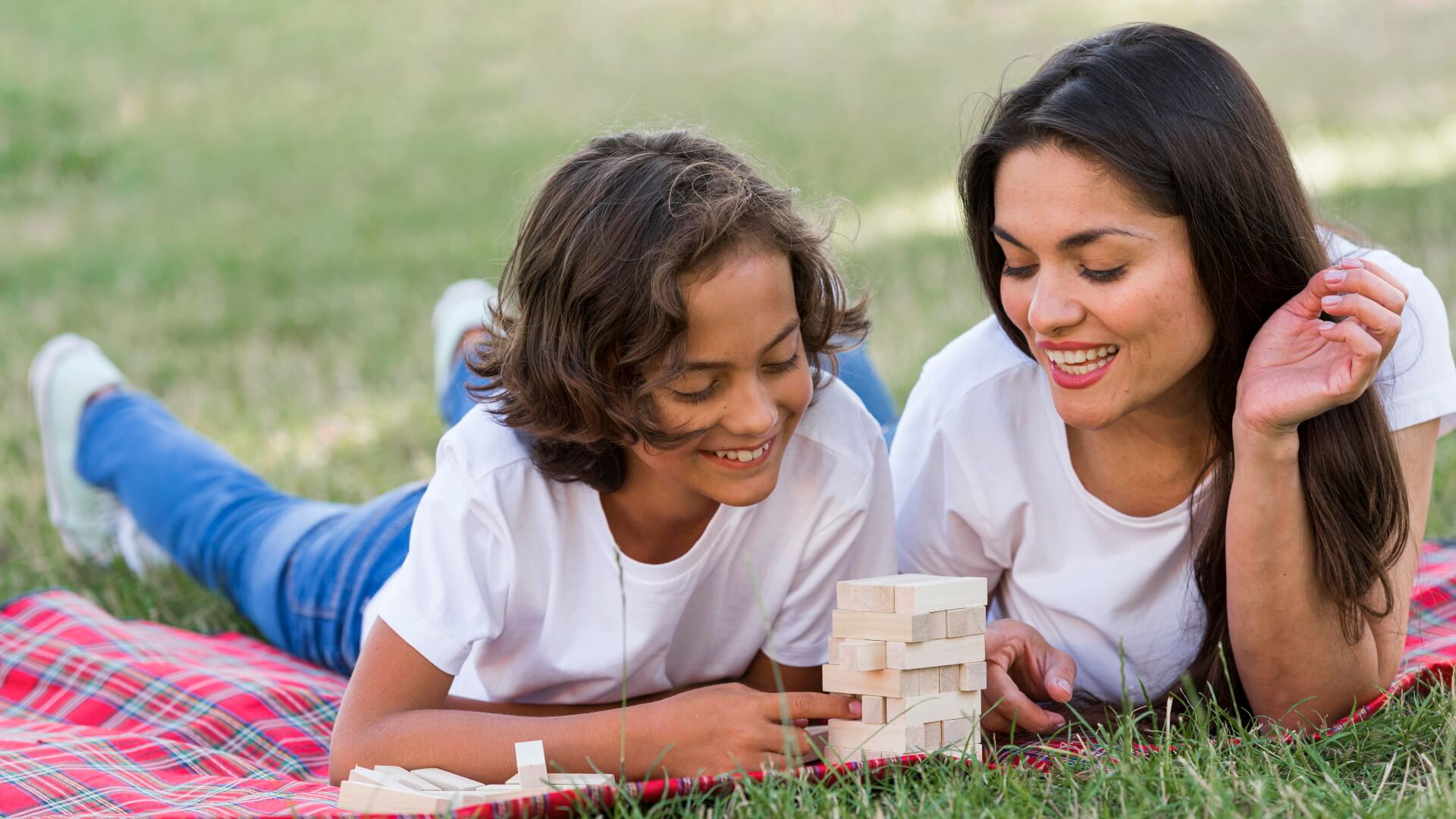 Small Steps to Building a Solid Foundation They’ll Use Forever

Studies show that how your child perceives, controls, and evaluates emotions in themselves and others, and how they use that information determines the quality of their life as an adult.

Even academic success is determined as much by a child’s emotional quotient as by their IQ, since intellectual learning depends a lot on managing anxiety and internal-motivations.

But it’s not just significant to your child’s academic development. The current mental health landscape has seen a steady increase in psychological distress, with one in thirteen people suffering from some form of anxiety globally, with 18% of the US population affected every year.

Even though we are doing better and understanding things like mindfulness, empathy, compassion, resilience and vulnerability, science says the increasing rates of distress in adults is deeply rooted in the imprints we received as children around how to express feelings and emotions https://www.ncbi.nlm.nih.gov/pmc/articles/PMC5803568/.

The issue really lies in the lack of emotional literacy that we have in our culture. Parents aren’t taught how to respond to children's feelings and emotions with empathy and compassion. Indeed, this is something not widely taught in kindergarten, nor at school.

So how do children gain emotional intelligence?

Simply put: they learn in it from others and their experiences. Children cannot be what they can't see, and in as much, we can’t expect children to have empathy and compassion for other people if we don't show them how.

How can we expect them to treat others with kindness and respect if they don't know what that feels like in their own bodies.

A child’s EQ level is not inherited but taught, demonstrated by adults for children to learn from. When you offer empathy, understand your child's emotions and needs, and help your child with their overriding feelings, including fear and anger, you build up their emotional intelligence. 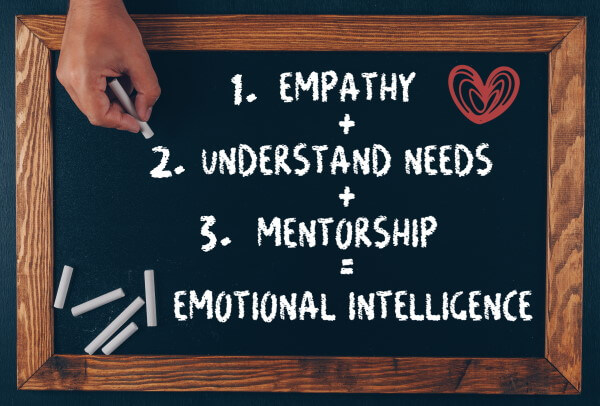 A great way for children to learn this is through play, so what are the best activities to help develop your child’s emotional intelligence? In this article we’ll take you through twelve of the best activities and games to cultivate an awareness of feelings, be it their own or others so that they have a firm emotional grounding on which to plant their feet and grow up in a wholesome, healthy mindset.

This is a separation game to lessen children's fear of being without their parents.

To play this game, tell your child, “we’re going to play the bye-bye game.” Explain that you’re going out the door, and that when they begin to miss you, they should yell the silliest word they can think of, and then you’ll come back.

Walk out the door, but don't give your child the chance to miss you. Before you're fully through the door, jump out again yelling “monkey!” or any other silly word that will make your child laugh. Hug and kiss them and say, “I missed you so much I couldn't leave. Let's try that again!”

Exaggerate your excitement upon getting back into the room to get your child laughing. Very gradually, increase the amount of time you're out of sight. Eventually you can graduate this to hide and seek.

This game and any game where you act clingy is useful to counter periods when your child is being particularly attached, or there's a new baby and your child is worried about being emotionally displaced.

This game addresses a lot of misbehaviour problems your child might have, as it reinforces that they're deeply loved and clears any doubt that might be the root cause of their naughtiness. This game is especially important for toddlers who need more reassurance that you'll always be there.

Many challenging issues your child is facing can be dealt with through role-play. The challenge at hand could be your child's first day of school, visiting the dentist, or getting a vaccine for the first time. Get your child to pretend to be the doctor, whilst you pretend to be the sick patient. This will help defuse any stress associated with these challenges and help your child feel more in control of their emotions and situation, when they previously might have felt powerless. If you think role-playing might hit too close to home for the child, you can also use stuffed animals, dolls, or puppets too.

Children need help naming and understanding their feelings. Being able to identify what they’re feeling inside will mean they are better equipped to communicate these emotions when they begin to form.

Charades give children an opportunity to learn how emotions are felt and expressed. Write some emotions on some scraps of paper and put them into a bowl, before taking turns picking a feeling and acting out that emotion for the other person to guess.

To make it more challenging, you can ask your child to act out the feelings using only their hands. For example, the feeling of being sleepy or feeling loved. You could even have empty scraps of paper where they think about an emotion themselves and act it out through their hands.

Slightly related to the Understanding Feelings game, print out a range of emojis with their associated emotion: e.g. happy, angry, sad, laughing, scared, silly etc. Point to an emoji, and then take a selfie. You can also point to a series of emojis with a series of selfies that act out several different emotions together. This helps children recognise emotions when they see it on someone else, and also gives a name to that feeling.

Put some scenarios into a bowl and encourage the child to act out what emotion they would feel in that situation. Such as feeling attached to a person or having a friend not invite you to their birthday party.

This will help the child to link events in the outside world, with feeling states that they experience. It will also help you as the parent or as the therapist identify both their range of emotion and their ability to understand their own emotional reactions.

You can play this popular game with a simple twist. When they hit a ladder, have the child pick a pleasant emotion off of a feeling chart such as:

Whichever emotion they chose, they can talk about a time when they felt like that. Conversely, if they hit a snake and have to slide down the board, have them pick an unpleasant feeling such as:

This a good way of bringing out more complex and difficult emotions to talk about, whilst in the context of a fun activity.

If you don’t have snakes and ladders, you can also use the same methodology with checkers if your child prefers something “more grown up”. In this game, you talk about positive emotions when you jump over another play, and talk about unpleasant feelings when you get jumped over by your opponent.

There are also some checker boards online that have different emotions on the board itself, so when you or your child lands on that particular spot you identify that emotion and talk about a time when you experienced it.

So for those of you that have never played memory, you have a set of cards with two of each kind. Put them facedown on the floor, and when it's your turn you flip over two cards to try and find their match. If you don't get a match flip them back over, after which it’s the other player’s turn. The idea is to remember where the different cards are so that the next time around, you can get the match.

When it comes to developing a child’s emotional intelligence, download and print out an emotion chart, as well as a duplicate. Make some cards with the materials, and then lay them all face down. It can be with the emotion name on it, or not. Encourage your child to identify what the emotion is when they flip it over, and when a match is achieved, everybody gets to talk about a time when they experienced that emotion.

This is when you want your kids to engage in a physical activity, whilst also developing their emotional intelligence. Stick some emotions to the wall and have a different basket for each one. Take turns tossing a ball at the baskets and whichever one you get the ball in, that's the feeling you're going to talk about.

With darts, have a dartboard (you can use the rubber tipped versions in the name of heath of safety of course!) and at each of the different spots, stick a different emotion. You and your child throw your darts, and whatever spot it sticks to, talk about a time you or they experienced it, and maybe even how it felt.

As your child becomes more advanced in their EQ, you can expand the range of questions too:

This one takes a little bit of prep, but it's a great game that you can reuse again and again. You can find Emotions Go Fish cards online, where instead of numbers and face cards of regular Go Fish, you have emotions instead such as “silly”, “loving”, “nervous”, “concentrating”, and “lonely”.

When you get a successful pick, you talk about a time when you felt that way - as this is usually played with older children, you can also ask questions that flesh out details of the experience, such as “where did you feel that emotion in your body?” Or “who noticed that you were feeling that way?”.

With these games and activities, you not only help develop your child’s emotional intelligence, but also form an assessment of how they deal with those emotions both in their mind and social sphere.

Understanding how you child reacts when they feel certain ways gives you an idea of how they cope with certain situations.

These games are really helpful in gauging a child’s level of emotional intelligence, awareness of their own emotions, their awareness of others’ emotions, and how they cope with various feelings. Once you identify areas where they might be deficient or less able to deal with you can then look to consequently focus on that area, or at least keep an eye out on it. 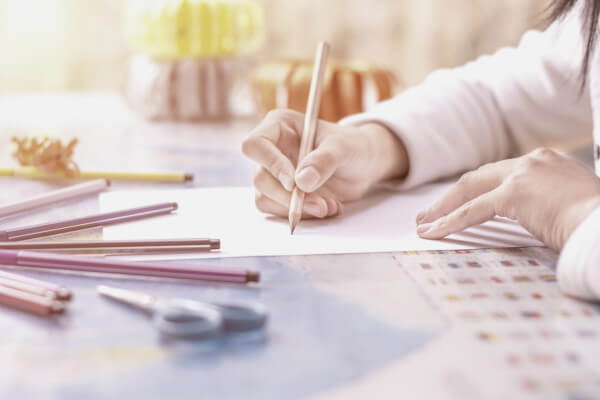 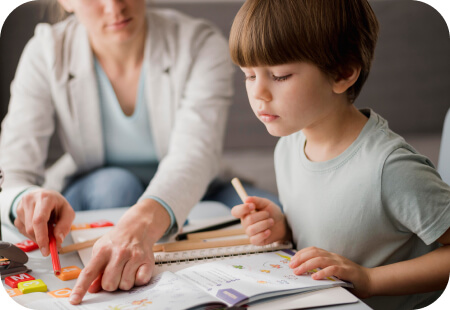 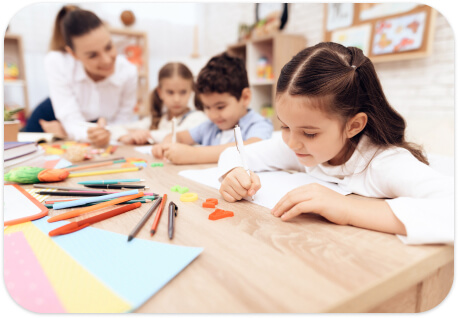